Open Source Swift Libraries are becoming more diverse and are growing in numbers quickly, as Swift becomes more mature. In this article, we curated the best open source Swift Libraries that you can use to bootstrap your next iOS project. They will make your codebase more robust, more performant and will allow you to ship iOS projects more quickly.

In fact, in our app templates, we integrated almost all of these open source libraries such as and SnapKit, MapKit, ChartKit, etc. Based on our mobile development experience, today we are introducing the most well-known and most frequently used iOS libraries, which are free, under MIT license, on Github. For server communication, besides using iOS’s built-in class URLSession, there are many libraries created to minimize the effort for this task. One of the most popular iOS libraries is Alamofire, for sure. This library is so widespread that whenever HTTP Networking on iOS is mentioned, developers immediately start to think about Alamofire, and vice versa. This library implements client-server connection methods written in Swift. These methods support sending async requests to a URL and getting the corresponding responses.

Besides that, it also includes some components like Alamofire Network Activity Indicator or Alamofire Image. Check out its official documentation here.

SnapKit is by far the best Swift UI Layout Library. It allows iOS developers to manipulate auto-layout constraints programmatically with craft and concise code. This library simplifies the layout logic to a minimum number of lines of code while ensuring comprehension and readability. The huge iOS Community around the SnapKit open-source project is also a plus point of it. In general, SnapKit is the answer for the age-old question of “should we set up UI in storyboards or programmatically?“. With SnapKit, you can combine both ways without worrying about messy and complicated code. You can read our tutorial about SnapKit here for more details.

With SwiftLint, worrying about code smells will become a thing of the past. It’s a library used for cleaning your source code. It has rules for syntax or best practice styles that you can follow in order to keep a high quality bar for your entire Swift codebase. Projects that follow certain robust rules on code style will be easier to maintain or expand. Besides that, new people will incorporate the codebase and adapt to the quality standards of your team easily. You can learn more about SwiftLint here.

As you know, if you want to have a client-server application, two things should be taken care of: front-end and back-end (a.k.a full-stack) development. For mobile programmers, learning to write back-end code (server) can be a daunting task and can also waste a lot of time and productivity. To reduce the time of backend coding, Firebase is the perfect choice for back-end side support.

Firebase supports us quite a lot of back-end side features. It not only saves the server costs but it also has support for manipulating real-time databases. All of our app templates use this library to connect to Firebase as the back-end, so if you buy our app templates, you do not need to worry about the backend code anymore. Here are some things you can achieve with Firebase backend:

All of these can be implemented directly in our Swift application, so you get all of these features without writing a single line of backend code.

Kingfisher is an open source Swift library which supports downloading images from URLs (over the network) and caching them into memory and disk, on the device.

Image caching is an important performance feature for any iOS app. By fetching images over the network just once, your mobile app gets faster, more performant and uses less user data, which literally saves money for your users. This library can improve UX significantly, and it’ll also make it easy for you to take advantage of these advanced performance improvements, with the custom category API of UIImageView, which even supports image placeholders.

“Charts” is an open-source Swift library for data visualization capabilities. Since displaying and comparing data on table views or collection views is quite boring and limited, this beautiful library is an awesome alternative. Charts will make your mobile app more attractive and user friendly. We have written an extremely detailed and complete Swift tutorial on how to use the Charts library in Swift, which includes all the types of charts that you might need. Using Core Data is no easy task in Swift. In fact, Core Data has a cumbersome API and there is a high cost of ramping up on it. The general opinion is that Core Data should be avoided, and other mechanisms for data management should be used instead. This is where Realm comes into play.

Switching from Core Data to Realm will provide you with a better solution for persistent data management. Realm is aiming to replace SQLite and CoreData for iOS app development. Compared to these old databases & storages, Realm has many advantages such as the ease of use, faster query speeds, and easier and more intuitive data management. With these many advantages, Realm is becoming more and more popular. Besides that, it is open source and its references are well written, so learning Realm is pretty straightforward for iOS developers.

If you want to study backend programming but don’t want to learn a new language, then Vapor is for you. Vapor allows you to write backend code on the server side in Swift. Vapor has a simple syntax, that can be quickly learned and practiced by any iOS engineer. Along with being built based on Swift and Xcode, it gives you a sense of familiarity. The Vapor community is also extremely positive and huge. So, it is only a matter of time before it becomes popular in the future.

A highlight point of Vapor’s API that it’s easy to understand and it eliminates any dependencies on 3rd parties since Vapor has its own Swift parser. This allows Vapor developers to keep their APIs simple, easy to read and keep the methods within the Swift standards.

RxSwift and RxCocoa are part of Functional Reactive Programming (“ReactiveX” or “Rx“) used in many different languages and platforms. The highlight of this framework is to allow us to observe/listen to asynchronous operations in the form of event/data streams continuously.

Currently, the programming trend in iOS is MVVM pattern. “Data binding” is the biggest difference between MVVM and MVP. This makes RxSwift a suitable library that can be used for this (MVVM architecture).

Besides, RxCocoa is a framework for Cocoa APIs which is used in the OS platform. If you have ever used RxSwift, you certainly used RxCocoa as well. They are a perfect couple. Check out its official documentation here.

In addition to Alamofire, Moya is also a library that supports network-related issues. Moya is an abstract class at the top of the networking layer that normally is handled by the developers. Basically, when using Moya, it’s faster to connect to the APIs and with its extensions, including RxSwift and ModelMapper, the complex phase of this is almost done. Moya is not extremely popular among the large community of developers, so use it only if you know what you’re doing.

In this article, we summarized the top 10 best open source Swift libraries, that we highly encourage you to use in all of your Xcode projects. We use them in all of our iOS Templates and we highly recommend them to any serious iOS developer out there.

These iOS libraries will support you all the way from frontend to backend as well as for special effects & UI animations. We hope you liked the article, and if you did, don’t forget to take a look around our Xcode templates to bootstrap your iOS app development. Happy Coding! 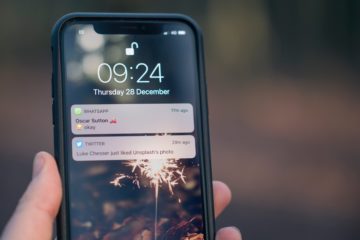 How to Test Push Notifications on the iOS Simulator

With every release of Xcode, Apple provides us with extremely useful improvements and new features. And as always, from Xcode 11.4 (beta version – up until the publish date of this article), we get another piece Read more…

How to implement an RSS Feed Parser in Swift

While working on a brand new iOS app template for WordPress sites, we encountered the problem of writing an RSS Feed Parser in Swift. It turns out there’s a straightforward approach to parsing a WordPress Read more…